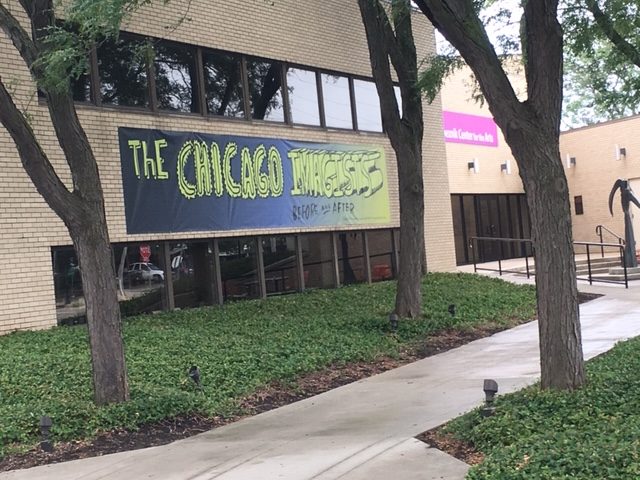 There’s a certain type of arts administrator who makes their living saying no. “No, we can’t do this.”

“No. The people around here aren’t ready for (fill in the blank).”

Sadly, this approach is usually a winner. It keeps arts organizations in well-charted waters, steers clear of controversy and if it only produces an occasional hit, avoids momentous flops.

The problem, of course, is that always saying no becomes a self-fulfilling prophecy. Audiences and communities are short-changed because they are never really tested. Meanwhile, the boards of said arts organizations wonder why their audiences never seem to grow, but just get keep getting older. And older.

I am happy to serve on the board of the Lubeznik Center for the Arts, a community arts organization in Michigan City that, through its embrace of contemporary art, is betting on its ability to engage people in Michiana and Northwest Indiana in an ongoing conversation about what life is really like in this place, at this time.

Exhibit A is a truly muscular show, “Chicago Imagists: Before and After,” featuring a stellar array of works devoted to a loosely-knit cadre of artists who, beginning in the mid-‘60s, championed a kind of art-making that, among other things, rejected the domineering aesthetics being broadcast from New York.

There are many pleasures to be derived from this exhibition.  Artist-curator Lora Fosberg has exercised a safe-cracker’s feel in arranging combinations of works for maximum effect, helping viewers to not only appreciate individual artists’ contributions, but revealing the group’s most compelling contours.

The decided otherness of the Imagists’ defiant Midwestern aesthetic has always been a great honking aspect of their art. But until this show, I don’t think I was as aware of the extent to which these artists were committed to finding an original visual vocabulary to express their sense of place.

Getting to the core of Midwestern-ness has never been easy. Whether this part of the country was being idealized as an agrarian nirvana at the turn of the twentieth century, or reviled for being insular and uptight from the 1920’s since, the story has generally been about growing up and getting away to destinations more urban and cosmopolitan. Midwestern artists tended to express themselves as more worldly expats who, if they referred to their origins at all, did so via nostalgia or satire, neither of which did anything to upset prevailing stereotypes that have been the Midwest’s milky default mode (a nice place to raise a family, etc.) for generations.

The Chicago Imagists had something else in mind. To borrow an image from the author Michael Martone, they set about creating a visual inventory of the root cellar that is the Midwestern subconscious and, in so doing, found and tapped an original vein of unspeakable Americana, based on comics, tattoos, neon, and the scrawl of dreams.

There’s a lot to chew on here. If the experience feels, at times, like running your preconceptions about living in flyover country through a rusty blender, take that as an invitation to wonder anew at the multifoliate weirdness of this place.  There’s more than enough of that for all of us — proof, by the way, of what’s gained by saying, “Yes!”

Chicago Imagists: Before and After is up at the Lubeznik Center for the Arts in Michigan City, IN through Oct. 19.  Admission is free.

Go to www.lubeznikcenter.org for info.