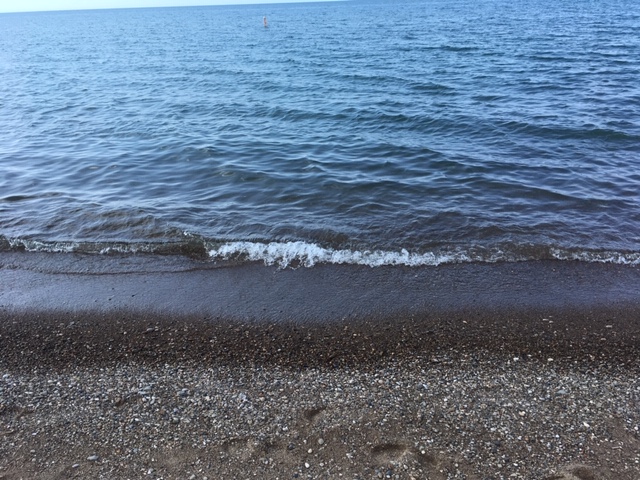 When the news came down that the Indiana Dunes National Lakeshore was about to become the Indiana Dunes National Park, we were told not to get too excited. This elevation in status wouldn’t bring a significantly bigger budget. The park’s mission would remain pretty much the same. It would continue to provide visitors with an unparalleled look at the complex and constantly shifting landscape that inspired the modern science of ecology.

And there was something else. Something that wasn’t mentioned. The new national park would still be shat upon by its host, the State of Indiana, as well as by the heavy industrial neighbors that stand beside it.

The latest example of how little the presence of a national park means to the movers and shakers who profess to care so much about what’s called “the Region” happened last week, when poisoned fish began stinking up the marina in Portage.

The stink got peoples’ attention on a Wednesday. But the trouble apparently started at least two days before that, on Monday, when a blast furnace closed water loop at steelmaker ArcelorMittal failed, spilling dangerous levels of cyanide and ammonium-nitrate into the Little Calumet River, which then made its way toward Lake Michigan.

ArcelorMittal reported the accident to IDEM, the Indiana Department of Environmental Management. But it seems IDEM managed to not tell anyone about the spill for a few days. This infuriated Portage Mayor John Cannon, whose office released this statement on Friday: “Mayor Cannon holds ArcelorMittal responsible for this event, and also parts blame to IDEM for not informing the City of Portage until several days after the first incident.”

Cannon said the city was not told about the spill until Thursday.

Cyanide, of course, is the poison Hollywood secret agents put between their teeth when suicide seems a better option than torture. In the real world, cyanide exposure prevents cells in humans and animals from using oxygen, causing the cells to die. It can damage the brain, heart and nervous system. Ammonium-nitrate is used as an industrial explosive; mixed with water, it can harm your eyes, nose and skin.

The waves on Lake Michigan were pretty impressive last Tuesday and Wednesday. Since there were no warnings to stay out of the water, local surfers took advantage of what they thought were great conditions. Now they’re monitoring themselves for side-effects and hoping no long-term damage was done. The National Park Service closed the Portage Lakefront and Riverwalk beach and kept people out of the water for as far as 300 feet. The town of Ogden Dunes also closed its beach.

It may be useful at this point to recall the troubled history shared by ArcelorMittal and IDEM. In 2012, environmentalists won a two-year court battle requiring the mill to begin the removal of a 3 million ton pile of industrial waste, including stuff like arsenic, along the Lake Michigan shore. Easterly’s Pile, so named by some for Thomas Easterly, a steel executive who became head of IDEM under Gov. Mitch Daniels, was 35 feet high and spread over 30 acres.

ArcelorMittal, a Luxembourg-based company, grudgingly made this settlement because the Hoosier Environmental Council and Save the Dunes kept at them. IDEM, meanwhile, sat on its institutional hands.

We have Mitch Daniels to thank for this sorry legacy of environmental neglect. When he was governor, Daniels became a Republican hero by transforming IDEM and the Department of Natural Resources into what amounted to economic development agencies. The result is that while Republican administrations like to claim Indiana is improving its water and air from previously deplorable levels, the state remains an environmental embarrassment. To wit: in 2017, ArcelorMittal dumped 61,000 tons of “legally acceptable” cyanide into the Little Calumet.

Now it’s the Portage Port Authority, along with a waterfront development called Marina Shores at Dune Harbor and a number of fed-up individuals who are suing ArcelorMittal, for putting people at risk and disrupting local business and recreation.

But they might just as well sue the State of Indiana for perpetually letting its industrial clients off the hook. Look it up: this state never wanted a nationally designated lakeshore. If it hadn’t been for Paul Douglas, a Senator from Illinois, none of the land in what is now Indiana’s only national park would have been protected.