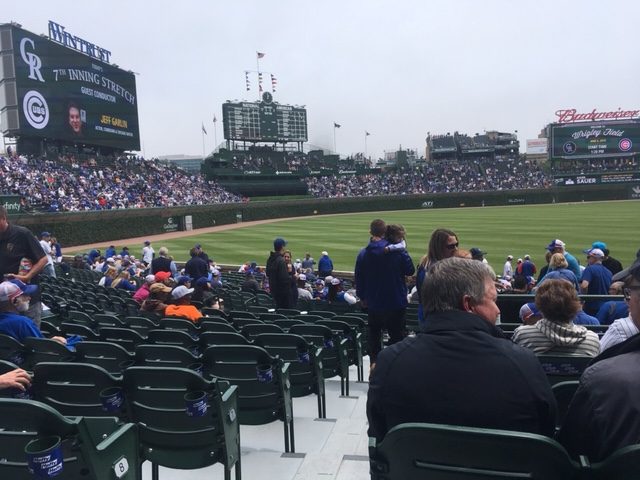 I am sorry to say I did not attend this year’s Wiffle Ball championship. The big game took place over the weekend in New Carlisle, a charming town not that from here. I could have been there in a half hour.

But it’s hard to know just what to make of something so novel as a Wiffle Ball championship. I played Wiffle Ball when I was a boy; can still remember the oddly metallic doink of plastic ball being whacked by plastic bat. It’s a hitter’s game that, in a way, has anticipated the current taste for home runs rocking the major leagues this summer. Before there was an obsession with launch angle, there was Wiffle Ball.

In any event, I left Wiffle Ball behind along with Hula Hoops and what I think was called a Bazoo — a kazoo made to look like a plastic saxophone; you could really wail on that thing! So news about the Wiffle Ball championship sort of skittered across my brainpan without much traction. I didn’t mark my calendar or undertake a Sunday afternoon excursion.

Too bad for me. This year’s tournament was played, as usual, at Migley Field, a yard that, with its red deco-style sign and green scoreboard, pays homage to Chicago’s Wrigley Field. Migley is home to the New Carlisle Newts, a five-man squad defending their title against longtime rivals the Panthers, from Granger. The day was sunny, with a treetop-shaking breeze blowing out. Fans sat along the baselines on blankets or in camp chairs beneath brightly colored tents.

Jim Peters, who covered the championship game for the Michigan City News-Dispatch, wrote, “As local Wiffle Ball goes, the New Carlisle Newts and Granger Panthers is on par with the Cubs-Cardinals and Yankees-Red Sox.” The Panthers, he informed us, began playing in 2013, when the players were all about 13-years-old, “and have been building to Sunday’s moment from there.”

What a moment it must have been. According to Peters, Granger scored 12 runs in the first inning, and 13 more in the fourth. The final score: Panthers 32, Newts 26.  Those 32 runs represented a Panthers team record.

Koby Keck, the Newts team captain, co-founded the Old Republic Wiffle Ball League in 2007. He and his dad created Migley Field in the vacant lot next door to their house and Koby directs the annual Hometown Cup tournament, which takes place during New Carlisle’s Hometown Days celebration. This year 70 teams, with names like Son of a Pitch, Speedy’s Chickenheads and the Ambassadors of Plastic took part. Teams came from as far as Minnesota.  Koby even persuaded an Elkhart business called Monster Message to provide a Jumbotron.

“I had great help from my family and girlfriend,” Koby told Jim Peters. “We had a ton of people here for the home run derby Friday, we had a great day yesterday and a huge crowd here today. It was an awesome weekend.”

Handmade. Local. A little goofy. I can hardly wait ‘til next year.