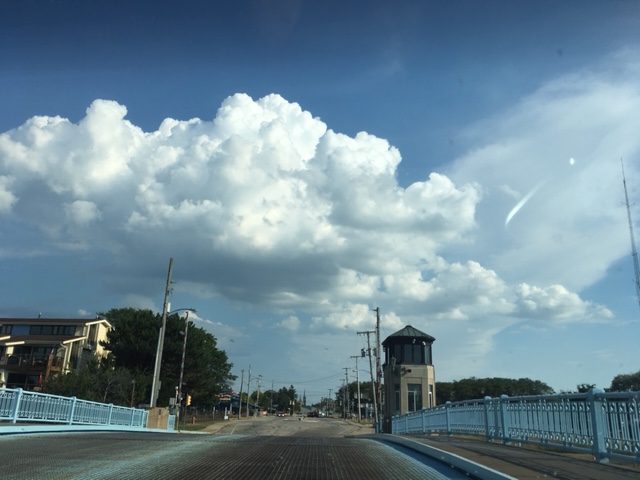 It’s August, time for things to get a little squirrely.

No, I am not referring to our tree-dwelling neighbors, of whom there are plenty. Red-tailed fox squirrels, grays and blacks, not to mention their diminutive cousins, the Disneyesque pineys, are all over the place — chasing one another up and down tree trunks and across our deck.

But these rascals are nothing compared to the flocks of human visitors that alight here for summer’s warmest month. Who can blame them? This is the time when Lake Michigan’s southern shore most resembles the Mediterranean Sea. The water is finally warm enough for even the most timorous swimmer and the sunlight exudes a sexy kind of confidence.

The allure of this environment is not lost on local boosters who have done their best to cram as many attractions as possible into this all-too-brief window of time. The Northwest Indiana Symphony played under the stars at West Beach in the Indiana Dunes National Park on Friday night, just as Michigan City was hosting its annual food fest, the Taste, on Franklin St., which coincided with the eleventh annual running of the Great Lakes Grand Prix, two days of high octane boat races.

The Grand Prix is a guilty pleasure, a vestigial throwback to a time when the loud combustion of fossil fuels was its own reward, a kind of cultural exclamation point celebrating the human ability to go fast and make noise. The boats, which can go up to 160 mph, follow each other around an oval course. As races go, the exercise is anticlimactic; hardly anyone who watches seems to know or care who wins. Above all else, the race serves as yet another excuse to spend a day at the beach — as if excuses are necessary.

Days like these are not without incidents of human misadventure. Late Friday afternoon we were prevented from crossing the historic drawbridge in Michigan City by a serious fellow wearing a yellow vest and wraparound shades. The bridge, it seemed, was stuck in its upright position. Later in the evening we learned, via social media (what else?) that an out-of-town motorist had actually lived the fantasy of every kid who has ever crossed that bridge: found himself stuck in the middle, as the steel platform began going up.

As that hapless motorist felt his GMC Arcadia slipping down half the length of the bridge, into the unforgiving maw that awaited him below, he might have meditated on the fact that the Franklin Street Bridge, as it is known, is the only movable bridge in the whole of Indiana. This, then, was the one place in the entire state where such a fate could have befallen him. The karmic implications of this are certainly worth considering but, in the moment, he was doubtless preoccupied.

The rear third or so of his vehicle was thoroughly mangled. Fortunately, no one was sitting back there. First responders, some of whom may have been involved in rescuing the famous Dune Boy, that kid who fell into a sink hole and was buried for eight hours atop Mount Baldy a few years ago, succeeded in getting the driver and his wife to safety.

“They were nice people and we tried to help out,” said the police chief. Officers drove “three carloads of stuff” to the vacation rental where the couple was staying — and helped arrange a rental car.

Michigan City’s mayor was there. “I’ve never seen anything like that,” he told our local newspaper. This, it seems, was a first. But like I said, it’s August.