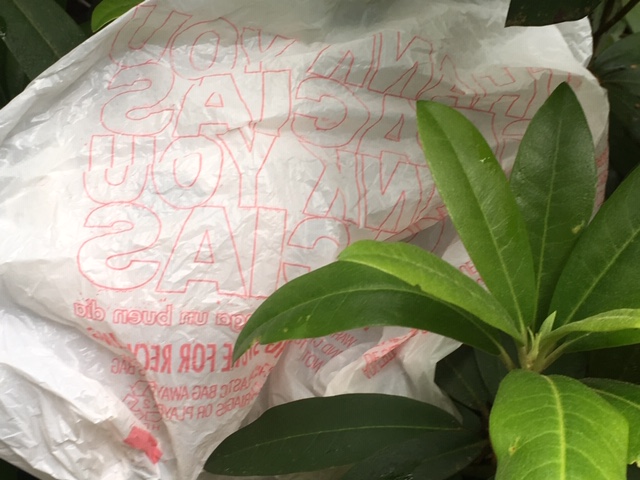 Does anyone still remember Y2K?  The so-called Millennium Bug was going to wreak havoc, creating technological chaos as we slid, on New Year’s Eve, from one century into another. There were a few — not sure whether they were pessimists or optimists — who insisted this would be the end of the world.

Well, not much happened. The 1900’s became the 2000’s with barely a hiccup that wasn’t caused by a surfeit of cheap champagne. The sun rose on New Year’s Day 2000 upon a world that, apart from being a day older, didn’t appear that different. Most of us went about our business in the new century the same way we did in the one before.

It’s only now, almost 20 years on, that we can begin to appreciate how different our existence in the 21st century is turning out to be. I was at Al’s, our local supermarket (in itself an endangered species) not long ago. On this occasion I remembered to bring along my own shopping bags. It was a relatively quiet spell at Al’s and so, when it came time to check-out, I was assisted by not one but two cashiers — one of whom rang me up, while the other bagged.

As she packed my groceries, the bagger said something to the effect of what a drag using plastic had become. Hearing this, her colleague retorted there wasn’t much anyone could do about it. She implied that expecting customers to use their own bags instead of the plastic sacks the store dispenses like flowers from some petrochemical garden, flew in the face of shopping habits so deeply ingrained as to be second nature for most people.

At that moment I felt like I was straddling a fault line separating the two centuries. The urgency of the present, 21st century moment was facing off against the residual pull of a past still refusing to let go.

As the Guardian points out in its new series, The United States of Plastic:

“Only 9% of plastic has ever been recycled, and today the recycling system is breaking down. Plastic is being landfilled, burned or dispatched to developing nations, where it is probably being disposed of improperly, to the detriment of people who can least afford to deal with the consequences. Plastic waste and microplastics are found everywhere from whales’ stomachs to aquifers deep underground.”

We are currently dumping the equivalent of a garbage truck’s worth of plastic into the oceans every minute of every day. Microplastics, the unnervingly sturdy specks left behind by our packaging, are circulating through the food chain. They are, in other words, inside of us  — second nature indeed.

It is tempting to look back at the latter half of the 20th century with nostalgia. The middle-class was never better off, public schools mostly worked, there was such a thing as job security. But what many of us seem to miss more than anything was that era’s easy-going attitude toward waste. We made stuff and we threw it away, without caring much about where or what happened to it.

In fact, being able to dispose of anything, anywhere, whenever we wanted became a lot of people’s definition of freedom. We see this today in communities that still can’t bring themselves to regulate plastic packaging; organizations that still think handing people plastic water bottles is being generous, at stores that won’t stop using plastic sacks.