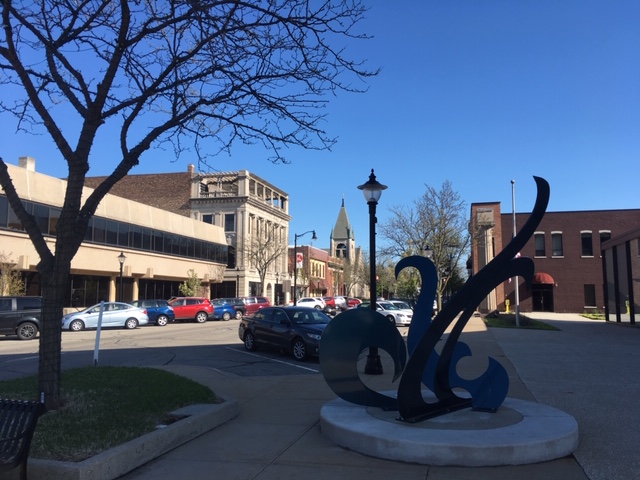 The first time I moved to Michiana — to Michigan City, Indiana — it was 1980. Everything about that move was counter-intuitive. Although the nation’s economy had hit the skids and cratered around the Great Lakes (which was about to be known as the Rust Belt), I’d been offered a job with a salary and benefits.  Not only that: I was moving from northern California. This represented a kind of reverse migration; California was, in fact, a state filled with Midwestern exiles.

Many people in Michigan City viewed my arrival with incredulity. “Why’d you come here?” they’d ask. This was a markedly different attitude from what I was used to in California. People there usually wondered what took newcomers so long to come join them.

The casual hazing might have made me second guess my decision to move halfway across the country, but it didn’t.  Not only had I found a decent job, I could live overlooking the beach and the Lake Michigan shore — something I could never have been able to afford on the California coast.

That was almost 40 years ago. One generation has come of age and another has mostly passed away since then. Houses along the beach now sell for upwards of a million dollars and people are less likely to wonder why anyone would want to live here.

Not that there isn’t still a residual lack of collective self-esteem. I was talking not long ago with a local entrepreneur with a business on Michigan City’s main thoroughfare, Franklin St. Things, he said, were going pretty well, but he was troubled by what he considered an underlying negativity, a deep-seated reluctance by people to accept new ways of doing things.

This is an old story in Michigan City. It reflects the personal disenfranchisement you so often hear about in the Rust Belt economy. The crash experienced here in the 1980’s all but buried an awful lot of people. Recent news that times are better now than they’ve been since 1969 must sound like a bitter joke to many of these folks.

It’s taken a long time, but a new generation is discovering this place. In many ways, what’s bringing them here is what brought me back in 1980. It’s affordable in ways that larger towns (Chicago, in particular) are not. The schools are getting better. And, of course, you have that lake and a national park just minutes away.

You can usually tell whether a town’s headed up or down by its restaurants. There is no such thing as a cool town with dull restaurants. Restaurants indicate local creativity, ambition and relative prosperity — they depend on disposable income. The restaurant scene in Michigan City is better than it’s been in years, no mean feat when you consider the extent to which trade here is seasonal.

There is still much to be done. There are human needs that have to be met. The pace of change is slower than anyone would like because investment has not kept up with potential. Balancing growth with environmental responsibility is huge. But it would be a mistake to think Michigan City is fossilized. Every one of its challenges provides another good reason for being here. It feels more like the future than the past.