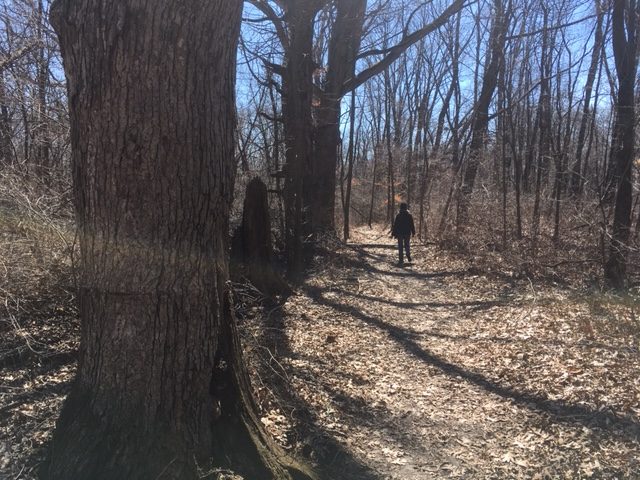 At a party, a new friend asked if I thought the Indiana Dunes National Lakeshore being rebranded a national park would make a difference.

This could easily be considered a trick question.

The land now known as the Indiana Dunes National Park is a fascinating, complicated place. The park was originally authorized as a “National Lakeshore” in 1966, after what amounted to a 50- year cage match.

For centuries, the dune country along the southern shore of Lake Michigan was left to itself. Sandy, hilly, and patched with marshes, bogs, oak forest and savannas, the dunes were home to an extraordinarily rich array of plantlife. Legend has it Indian tribes east of the Mississippi considered the dunes their natural pharmacy; they kept the peace in these parts to allow for the annual collection of healing flora.

But what appealed to the Indians was considered wasteland by white settlers, who found the dunes impractical for farming. Industrialization changed this. Beginning in the 1880s, the dunes became site for the creation of one of the world’s most voracious industrial plants, combining the processing of fossil fuel with the manufacture of steel.

But action often leads to reaction, and the rise of modern industry bred what we can recognize as the early environmental movement. Reformers trying to make congested life in Chicago more bearable and socially just saw the dunes as a kind of democratic safety valve, a place where animals, plants and people were all citizens in a shared community, each depending on the others. Their efforts to save at least a part of the dunes resulted in the creation of a 2200-acre state park in 1925.

But as industrialization ate more land, the need for a more encompassing rescue took hold.

Paul Douglas, then a senator from Illinois, kept a house in the dunes and led the congressional fight to preserve what duneland was left. This put him at odds with Indiana’s Charlie Halleck, arguably the most powerful Republican congressman of his day. Halleck was all for developing the dunes. What’s more, he couldn’t abide John Kennedy, who was president. But Kennedy cajoled Halleck into a compromise — offering Halleck a port on Lake Michigan in exchange for designating approximately 15,000 open acres for preservation. Halleck hemmed and hawed for years. But in 1966 Douglas, in his last act as a senator, called in his chips and won the creation of what is now the Indiana Dunes National Park.

At that party, my friend mentioned that when he tried introducing houseguests to the dunes, these visitors were invariably disappointed. He said the word “dunes” conjured images in their minds that were out of synch with the actual landscape.

And it’s true: this landscape is fraught. As you enter the national park at the Portage Riverwalk, you drive alongside a steelmill. At West Beach, there are industrial plants in view. Miller Woods is actually part of the city of Gary — you can hear traffic in the middle distance.

I suppose most people go to national parks to get away from it all. To leave the world they know behind. This kind of escape is available at our newest national park. But there is something else. Something I think my friend was alluding to. You don’t get away from it all at the Indiana Dunes National Park the way you might at Yosemite or Yellowstone. In fact, you come up against it. This national park, you realize, is actually a last line of resistance, a green and blue membrane holding back the accumulated pressure human will has piled on the earth and insisted was progress.

Calling what’s left of the Indiana Dunes a national park doesn’t change this. But it calls attention to what’s always been at stake — and always will be.

2 thoughts on “Letter From Michiana: Our newest national park”