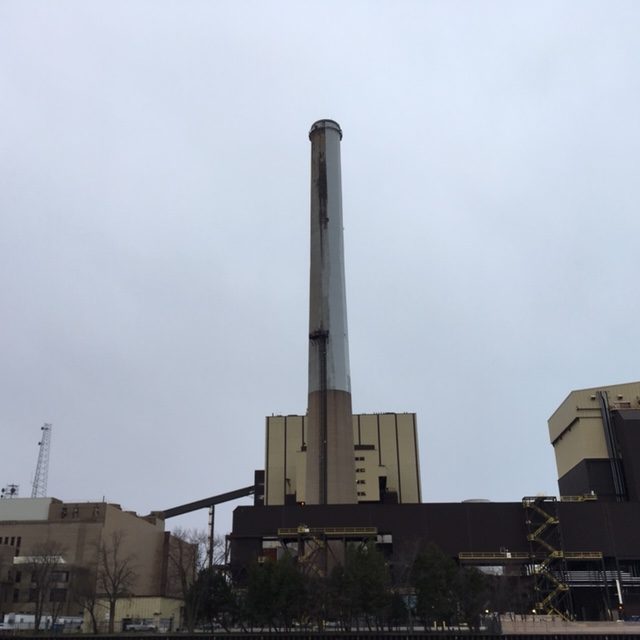 This wasn’t going to be easy. Getting over an addiction can be excruciating.

And everybody knows Indiana is hooked on coal.

The Hoosier state ranks third in the nation in coal consumption. We’re seventh in coal production. Being this dependent on a famously cancer-causing substance can cause an addict to resort to all kinds of paranoid excuses before finally kicking the habit.  In his 2015 State of the State speech, then-Governor Mike Pence went so far as to claim there was a “war on coal” being perpetrated by “the overreaching schemes of the EPA.”

So the news last October that NIPSCO, the Northern Indiana Public Service Co., had decided to phase out coal completely over the next ten years amounted to a thunderbolt in favor of public health and the environment.

Mike Pence could call Indiana a “pro-coal” state until his lungs turned black, but NIPSCO had a market-driven calculus on its side. After studying a range of more than 30 different options, it concluded the most cost effective way to provide its customers with electricity would be to drop coal in no more than ten years and transition to renewables: solar, wind and energy storage.

According to NIPSCO, kicking coal will save users more the $4 billion over the next 30 years.

This means good riddance to the Schahfer coal fired plant in Wheatfield, Indiana.  Belching more than eight million tons of carbon dioxide a year, the Schahfer plant is considered one of the dirtiest of its kind in the United States.

It also spells the end for the generating station on the harbor in Michigan City.  That plant, built on the site of what was once the largest dune on the Indiana shoreline, has been in operation in one form or another since around 1931.  What began as a somewhat distinguished looking deco-style structure has, over the years, morphed into a chockablock monster featuring a smokestack pointing upward like a middle finger and a cooling tower that seems borrowed from a Simpsons episode.

The news that NIPSCO would eventually be demolishing its Michigan City plant was initially celebrated as a kind of civic windfall. The town could reclaim its harbor; the scores of photographers who snap pictures of the iconic lighthouse could stop cropping out the industrial heap planted nearby.

Some people wondered why we’d have to wait until 2028 to take down the Michigan City plant. Members of the local NAACP said hurry up: the health of their community — too many babies being born with asthma — was in the balance.

But addictions die hard. The Indiana Coal Council broke out in a cold sweat because they couldn’t find better numbers to support the state’s coal habit. NIPSCO’s union came out against the plan, claiming in effect that staying hooked on coal was good for the local economy.

Now a House committee in Indiana’s state legislature has voted 8-4 in favor of a two-year moratorium that would prohibit the state’s Utility Regulatory Commission from approving plans that would change how utilities generate electricity. According to Rep. Ed Soliday, a Republican from Valparaiso, “If we don’t do something that slows things down we will have a policy dictated by decisions [made by the utility companies and the regulatory commission].”

H’mmm. By market forces, in other words. By evidence showing coal is no longer worth the mess it makes of people’s health and the environment.

But evidence doesn’t matter to addicts. Their habit may be killing them, but quitting?  That can wait until tomorrow.

One thought on “Letter From Michiana: Addicted to coal”