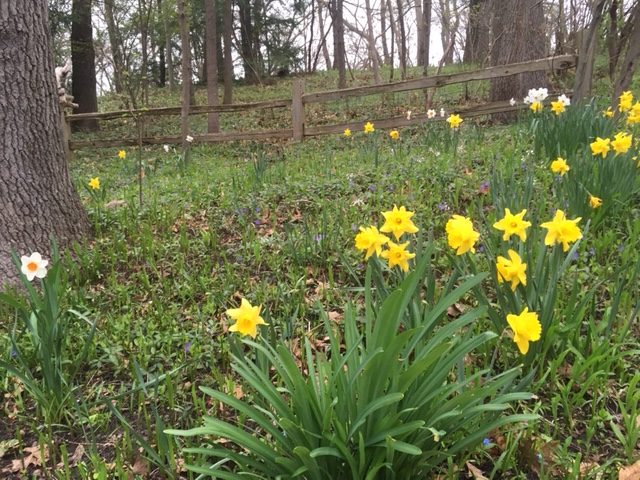 People in Michiana seem a little bemused by Mayor Pete Buttigieg. His emergence on the national scene has been a little like clearing the ground in Spring and finding deer antlers under the fallen leaves. There’s something wild and almost miraculous about it but you wonder if anybody else could give a damn.

Buttigieg is mayor of South Bend, Indiana, which in some ways puts him closer to being in southwestern Michigan. I remember driving to South Bend in 2016, just before the last presidential election. We took Highway 12, through Three Oaks and Niles, past farms and woods and sturdy, unremarkable houses, strung along the road. After awhile we stopped counting the TRUMP signs, there were so many of them.

When Mayor Pete was first elected, in 2012, a lot of people had pretty much given up on South Bend. The city owed much of its existence to a single business, Studebaker, which began as a wagon-maker in the 1800s, and successfully made the transition to building automobiles. Today, when so many cars look alike, many of Studebaker’s designs retain a cool eccentricity. Their model names, though, can seem bizarre. The Dictator, for example, was produced until 1937.

Studebaker shut down South Bend operations in 1963. It was a traumatic blow to what was essentially a one-company town. Large buildings once dedicated to automotive manufacturing were abandoned. The city seemed to live in a state of chronic dusk.

Mayor Pete is credited with turning things around. South Bend’s downtown looks and feels better than it has in years. This isn’t to say the entire town has been transformed; it’s obvious large sections still need a lot of work. But it appears what may be a generational corner has been turned. It took that long for people to realize that mid-20th century ways of doing business were finished. South Bend happened to elect a mayor who embodied this recognition before it was too late.

Something similar may be happening now. When Buttigieg first let on that he was exploring a run for the presidency, it was easy to dismiss him as being too young. But smart: perhaps he was playing a long game, using 2020 as an opportunity to introduce himself to the rest of America.

But as Mayor Pete makes the rounds of TV talkshows and public forums, he only gathers momentum. The more people find out about him, the more they find to like. His eclectic personal story seems uniquely suited to our moment. He’s gay and married, a Rhodes scholar who speaks several languages, a war veteran and a person of faith, a Midwesterner and a problem-solver. Oh, and he’s a Millennial. He can, in other words, speak personally about a variety of experiences in ways most other candidates can’t.

We have yet to learn much about Mayor Pete’s policy ideas. These are sure to come and, when they do, a fuller reckoning will be in store. In the meantime, something else is happening: the realization that it’s not too soon for a younger generation, unencumbered by mid-twentieth century nostalgia and resentment, to take the reins. South Bend saw it.  The rest of the country might see it too.

One thought on “Letter From Michiana: Mayor Pete”