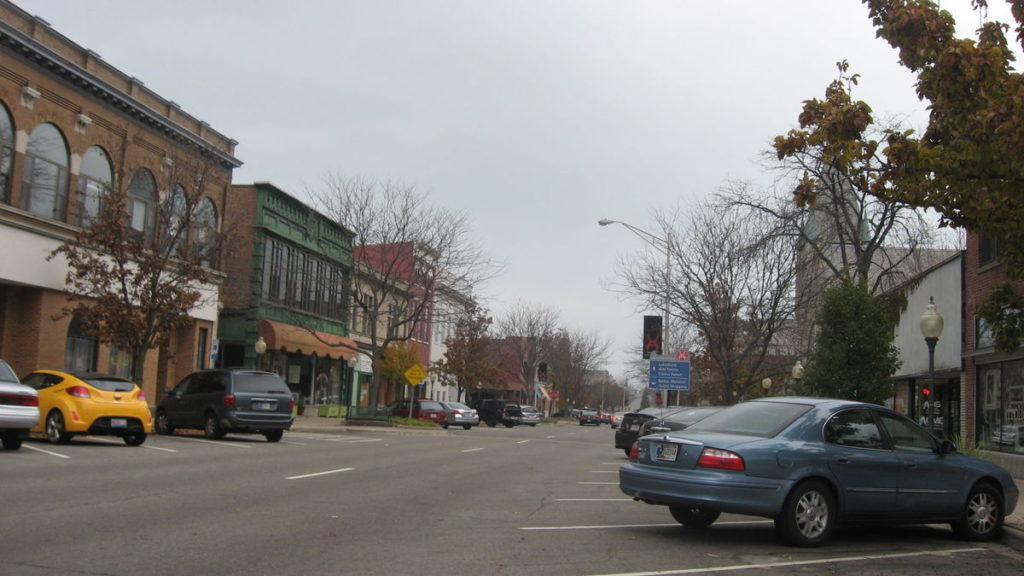 Up where I live, by Lake Michigan, many people are hoping for a big payday.

Communities in Northwest Indiana are lining up in support of what they call “the double-track” project, the building of an additional line of railroad track on the South Shore Line to Chicago. When it’s done, in 2020, the travel time between Michigan City and the Loop should be about 60 minutes.

This is such a big deal it even merited a celebratory visit by Gov. Holcomb. Given the Region’s history of voting Democratic, the sighting of a Republican bigwig in these parts was a rare event — akin to spotting a rare migratory bird, like the Horned Lark.

The governor is a big man, whose enthusiasm for the project matches his suit size. At a stop in Munster he declared this part of the state was “undoubtedly a powerhouse,” due to its close proximity to Chicago, and low cost of living.

Holcomb, like just about everybody else up here, expects the double-track to expedite a boom in suburban growth across Lake, Porter and LaPorte Counties. This part of the state already shares a time zone and a media market with Chicago. Once travel time is an hour or less, it is anticipated Chicagoans will jump at the chance to flee Illinois’ seemingly intractable fiscal crisis for the comparative — if increasingly threadbare — stability of Indiana’s tax averse approach to public policy.

This sort of economic optimism has been in short supply around here for almost 40 years. Michigan City was devastated by the collapse of homegrown manufacturing. It took folks a long time to come to grips with the fact that jobs that once made a middle-class life possible for someone without a college education were never coming back. Many people picked up and left.

But the prospect of the double-track has changed things. The city is investing in itself, revamping its downtown and trying to encourage new, service-oriented businesses. A shop owner I spoke with told me everyone is trying to hold on and position themselves for the coming boom.

Real estate developers are getting into the act. Given its close proximity to the lake, Michigan City has within its boundaries acres of undeveloped woods and duneland. These spaces provide habitat for wildlife and support an extraordinarily abundant array of trees and plants. All the better to build houses on, say the developers. Jobs, say construction and tradespeople. New revenue, says the town government. The licking of chops is palpable.

This, of course, is an old story. The tension between economic development and living responsibly on the land never ends. In the past, though, when the environment seemed limitless, it was easier to err on the side of building. There was always more Nature.

That’s not as true today. We understand now that some resources can never be reclaimed. This is especially true in Indiana’s dune country, the landscape that inspired the science of ecology. There’s not much left. You hope that Michigan City’s leaders can see this, understand that by preserving as much land as possible, they can make a claim no other Chicago suburb will ever match —and collect a payday worth waiting for.