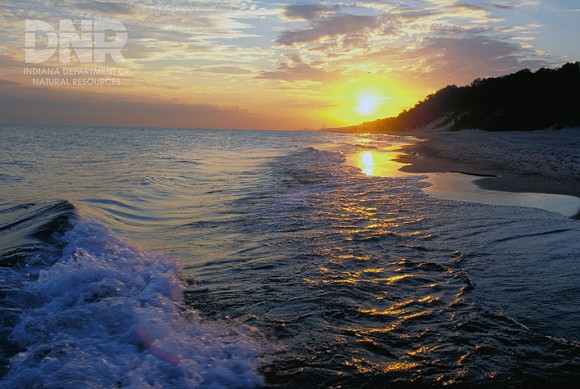 You want to know what kind of government we have in Indiana?

Then take a look at what the state’s one-party (Republican) state legislature has just done.

Yes, this is about the proposal by some private developers to sell alcoholic beverages in Indiana Dunes State Park — a story that won’t die.

It won’t die because, against some pretty remarkable odds, Republican legislators keep acting like lifeguards, breathing new life into an idea that ordinarily would have expired months ago.

You may recall that there’s an old art deco style pavilion in Indiana Dunes State Park that, after years of neglect by the state’s DNR, appeared to be getting a facelift thanks to a proposal by a private development group called Pavilion Partners. Led by a well- known Republican backer named Chuck Williams, Pavilion Partners wants to rehab the old pavilion as part of a larger plan to build a banquet center with restaurants and a bar.

Folks turned out by the hundreds at public meetings to tell whoever would listen just how much they hated the Pavilion Partners scheme.

They spoke out in front of the Porter County alcohol board.

Then they went to Indianapolis and gave the state’s Alcohol and Tobacco Commission an earful.

And you know what? The voices of the people prevailed in both those venues. Both boards denied Pavilion Partners an alcohol permit.

Let’s imagine for a moment that you were trying to build a banquet center in Dunes State Park, and that you were not a Republican with deep pockets. I’ll bet that after being rebuffed not once but twice by official local and state panels you might consider giving up.

Or you might consider becoming a Republican. Because in Indiana, Republicans take care of each other. That’s what Republican state legislators have done for Chuck Williams. On Monday, the House voted 63-30 on a bill with a special provision to allow the sale of liquor in Dunes State Park, thus enabling Pavilion Partners to make the kind of profit they demand.

This is Indiana government in action. It’s amazing what Indiana’s Republicans can do when they roll up their sleeves and get to work. They can make a lot of money for one of their own.

Oh, and the state will get $18,000 in annual rent and a whopping 2 percent of sales for providing Pavilion Partners with what the developers rightly tout as “the best view in Indiana.”

Following this process has amounted to an education in one-party rule. Local control? Forget it.

Now the bill goes to Gov. Mike Pence. He can refuse to sign it and send everyone in Indiana a message about the importance of standing behind the ability of state and local boards to uphold rules. Or he can be…a Republican.