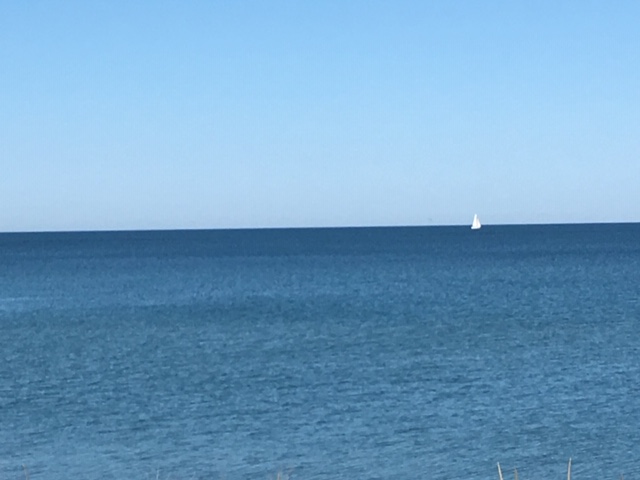 Amazing what a little research will uncover. According to the Chicago Tribune, lawyers from the Environmental Law and Policy Center and the Hoosier Environmental Council have discovered that steel maker ArcelorMittal — whose mill was responsible for releasing a plume of concentrated cyanide and ammonia into a tributary that runs into Lake Michigan in August — has actually violated clean water laws more than 100 TIMES during the past four years.

Four years. Or 48 months. So, on average, that’s at least two violations per month going back to before Donald Trump was president.

Here’s the kicker. Neither the Indiana Department of Environmental Management (IDEM), nor the U.S. Environmental Protection Agency (EPA) took any enforcement action against ArcelorMittal for these “repeated violations.”

In IDEM’s case, this, pathetically, is no surprise. AT IDEM, people with college degrees get paid to manage bad news about what corporations and businesses do to our environment. Mostly this comes in the form of telling us that Indiana’s environment is slightly better than it used to be. Now, according to U.S. News and World Report we’re all the way up to 46th, when you factor in our water quality, industrial toxins, pollution health risks and urban air quality.

The EPA’s failure, on the other hand, comes as a blow. As the agency’s name suggests, if we don’t have the Feds to protect us from ourselves, well, nobody will.

To understand why it is no one seems to care about the poisons being routinely dumped into Lake Michigan, which the Tribune notes, is the source of drinking water for seven million people, you first need to know that while this part of the world is technically part of Indiana, Indiana barely acknowledges it. Lake County, with its concentration of heavy industry, is the most polluted county in the state — some will tell you the most polluted county in the country. But IDEM has virtually no presence to speak of here. You have to call Indianapolis.

But then Indiana likes to believe its corporate “citizens” are better at policing themselves than its government bureaucrats. All you have to do is take a peek at ArcelorMittal’s web site to be reassured that here we have a multinational giant that cares deeply about, well, saying the right things. ArcelorMittal describes itself as being “Guided by a philosophy to provide safe, sustainable steel.”

Not only that: “The outcome we need is for our stakeholders to trust us to share the vital resources of air, land and water. They will do this because we operate responsibly and transparently, demonstrate we want to reduce our negative environmental impacts, and work in collaboration with partners and local communities to enhance the natural resources we rely on.”

Well, this has worked as far as IDEM is concerned. It has trusted ArcelorMittal, just as the steelmaker said it would. So, apparently has the EPA. Over 100 times. The lawyers from the Hoosier Environmental Council and the Environmental Law and Policy Center found records of dozens of violations dating back to 2015, including the release of unacceptably high levels of “cyanide, ammonia, oil and grease and suspended solids, which are tiny bits of sewage sludge,” according to the Chicago Tribune report.

The environmental lawyers and their respective organizations are threatening to take ArcelorMittal to court, as they should. But a suit should also be filed against the State of Indiana and the Federal Government. IDEM and the EPA have failed us.