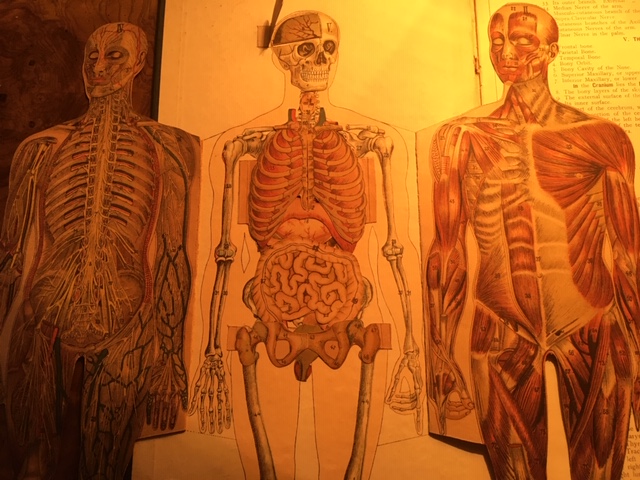 Why do I feel like this could only happen here?

I’m sure there are healers — people with a certain gift, an ability to not simply hold what ails you at bay, but make it better — everywhere. It’s just that I’ve never met one until we moved to Michiana.

That’s when I met Dr. Bart.

There’s a part of me that is reluctant to write about him. As with all good discoveries in this social media age, I wonder about the wisdom, let alone propriety, of sharing experiences like this. There’s something promiscuous about it. Not only that. I hate the idea of drawing crowds where they don’t already exist. Who needs another “destination?” The world’s already full of ‘em.

So I will try to confine myself to this appreciation.

Many years ago, while visiting Florida, I happened to have a massage. Fully relaxed, I returned to the place where we were staying and went for a swim in the pool there. Before taking the plunge, I ducked beneath an outdoor shower. At that moment, a remarkably cold wind hit me; I tensed and something in my right shoulder made a knot a merchant seaman would have died for.

My shoulder was frozen. I consulted with my doctor, had regular massages and started visiting a chiropractor (who practically made my spine clank with his vigorous, 3 Stooges-like manipulations — it was like being in a high school wrestling match). All were able to give me some relief, but the tightness and annoying discomfort always returned.  Nothing truly worked.  I kind of got used to it.

Those years referred to above, passed.

We moved to Michiana. I’m not sure how we found out about Dr. Bart Tyrrell’s chiropractic practice, but I know it wasn’t long before his name came up — so many of our friends and neighbors had turned to him.

As with most good things, my wife was there first. She’d had some dental work done and her jaw locked up. Dr. Bart, she reported, was old. Very old. But it was the wildest thing. He touched her jaw — just touched it: so. And it was like there’d never been a problem.

I had to experience this for myself. When I called Dr. Bart’s number, his wife, Jeanette, answered. Jeanette, I would learn, is Dr. Bart’s Clara Barton, his Florence Nightingale. Without her, who knows whether any of this could still be happening?

Dr. Bart looked me over from behind his desk. There was a glass jar on it that said: Ashes of Problem Patients. Diplomas and certificates hung on the walls, as did a couple of the doc’s seaside paintings. He told me that if we met on the street and he didn’t recognize me, not to take it personally — he couldn’t remember faces.

Dr. Bart likes to say that he discovered his calling when he was just a kid. His mother suffered from debilitating headaches. One evening, after dinner, she was sitting at the table with her head in her hands. Young Bart went to her and laid his fingers behind her head. Like that, her headache was gone.

Something like that happened for me. After mounting his exam table, an adjustable platform of chrome and naugahyde, reminiscent of the furnishings in a ‘50s sci-fi movie, he gently worked his fingers up and down my spine. It took maybe three minutes. Then he told me to rest.

I walked out of there wondering if anything had actually happened.

The next day I realized the knot in my shoulder was gone. The discomfort I’d grown accustomed to had vanished. I could parallel park again!

Our friends, Lance and Diane, live in the St. Paul and visit us every summer. Last year Diane was having back trouble and went to Dr. Bart. This year she called for an appointment before they got here — this time for herself and for Lance, too. They went twice.

Only here? Only. Here.