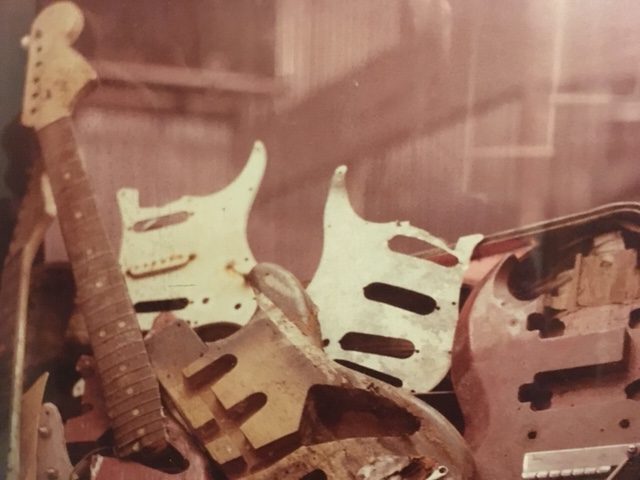 The weather forecast Saturday didn’t look good. A stormy band was twisted across Lake Michigan, braided with high winds and lightning. Predictions showed the front turning toward shore between four and six o’clock, at which point all hell breaking loose was a distinct possibility.

Not exactly optimal conditions for an outdoor music festival. But the date for Save the Dunes’ annual bash and fundraiser, Jammin’, was written in stone. The park, the bands, the food trucks, craft brewers and vintners were all signed up. There was no turning back.

The good news for Save the Dunes was that the dire forecast didn’t keep people away. They showed up in respectable numbers — testimony to the support Save the Dunes has garnered over the years. One of Indiana’s most respected environmental organizations, with a long record of preserving wild lands, watchdogging polluters and protecting public beaches, Save the Dunes (https://savedunes.org/) has also earned a reputation for throwing great parties.

What happened Saturday proved it.

More than a few people have opined that rock music is, if not dead, then what may be worse, irrelevant. Even the electric guitar, symbol and sound of the music, from Chuck Berry to the dear departed Tom Petty, has taken a hit, as succeeding generations have gravitated to more digitized sounds.

Shit happens, of course. Things change. As anyone who grew up listening to AM radio knows, there was a time when popular music was being sung by women and men who wore long gowns and tuxedos. By contemporary standards, this can appear downright weird. It does not, however, alter the fact that, under the right circumstances, the art of Sinatra or Peggy Lee can still turn you on and comfort your lonely heart.

As predicted, a massive bank of dark clouds rolled in off the lake, followed by rain. People took cover wherever they could; sound equipment was wrapped up and, finally, hauled away. It looked like an event meant to last until 10 would be washed out well before sundown.

Then someone had a great idea and encouraged one of the bands, the Blisters, from Chicago, to play an informal set in the bandshell’s storage room. There, amongst the kettledrums and music stands, a semi-circle of folding chairs was formed and the Blisters gamely swung into action, giving a plugged-in version of a living room concert. It was short and sweet. Afterward, I saw a burly fellow wearing glasses and a black cowboy shirt shake the lead singer’s hand.

That guy was Jon Langford of the Waco Brothers (https://www.wacobrothers.com/). The Wacos were the headliners; they play a kind of music that’s been likened to the Clash crashing headlong into Johnny Cash. They’re a quintet — two guitars, electric mandolin, bass and drums — a fist, in other words, of, let’s face it, older guys who play like there’s no tomorrow.

At least that’s what they did in that storage room. On this night, they turned it into the solar plexus of the rock’n’roll universe. You could hear them from up on the hillside where volunteers were dismantling rented tables and tents, and local cops were nodding their heads to the beat of “I Fought the Law and the Law Won.” Before long the room behind the bandshell was packed and something incredible was happening.

Forget stadium shows. Music like this was meant to be experienced in tight spaces, up close, where the energy is immediate and unconditional. We were channeling the Beatles in the Cavern Club, the Ramones at CBGB. Last Saturday night it was the Waco Brothers in a space not much bigger than a two-car garage, bringing down the thunder, everybody on their feet, reaching for the sky.