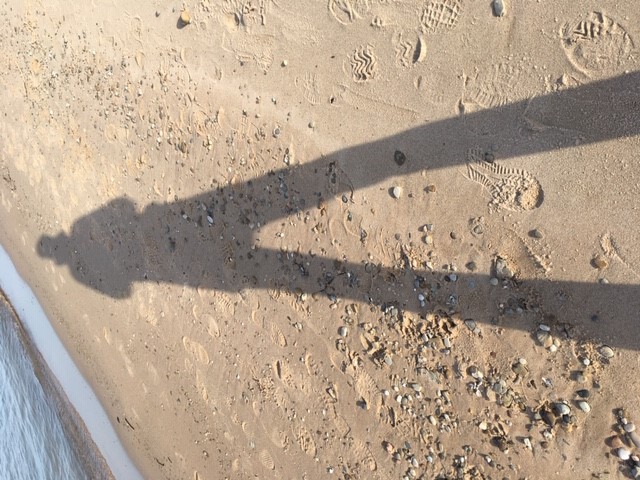 In Butch Cassidy and the Sundance Kid, Paul Newman and Robert Redford play a couple of improbably likeable outlaws who find themselves relentlessly chased by a posse. Every time Butch and Sundance think they’ve given those bloodhounds the slip, they turn around and see them getting closer.

“Who are those guys?” the beleaguered heroes keep asking.

Indiana folks battling to keep Hoosier beaches open and available for their fellow citizens find themselves in a similar situation. Just over a year ago the Indiana Supreme Court ruled unanimously that the beaches were a public trust, belonging to all Hoosiers, from the water’s edge to the ordinary high water mark — the visible line along the shore where vegetation begins. This ruling capped a five-year struggle through the courts instigated by a beachfront homeowner named Gunderson who believed his property extended to the water’s edge.

The Gundersons were wrong about that. One judge after another told them so.  But that didn’t stop them and a small group of deep-pocketed beachfront owners — many of whom are from out of state — from pursuing the case, even after the Gundersons sold their house (which was torn down by a developer) and their property (where two new, multi-million dollar houses now stand).

The Gunderson case became a kind of zombie. Even though the Gundersons are long gone, the rage by some to privatize our beaches staggers on. A shadowy group calling itself the Long Beach Lakefront Homeowners Association tried taking it to the U.S. Supreme Court, hoping, perhaps, that since Chief Justice John Roberts grew up in Long Beach he might hear their unfounded plea. No such luck. Roberts and Co. found no reason to question the legal validity of the Indiana court’s ruling.

But that hasn’t ended things. Blake Doriot, a Republican state senator from Goshen is the latest entrant in efforts to keep the privatization of our beaches undead.

Now you might wonder what interest a politician from landlocked Goshen might have in Indiana’s beaches. Who is that guy?

Blake Doriot recently added his name to an ALEC-sponsored letter signed by 420 state and local officials supporting Brett Kavanaugh. ALEC (American Legislative Exchange Council) is the business-friendly bill mill associated with the Koch brothers. Overriding ordinances and regulations favored by local town and city governments is a common theme of bills ALEC pushes in state legislatures. And wouldn’t you know it: Sen. Doriot’s name is attached to not one, but two bills in this year’s legislative session that would nullify efforts by local communities to govern themselves.

HB1266 would remove local control from construction projects by prohibiting a community from requiring more stringent erosion and sediment controls than allowed for by the state department of environmental management.

And Doriot’s SB581 would disallow local communities from enacting regulations for beachfront protection — like an ordinance Long Beach passed following the state’s Supreme Court ruling. What’s more, Doriot’s bill aims to subvert the court’s definition of a visible high water mark, basing it not on something you can see, but on a number it takes an altimeter to gauge.  Local governments with beaches, including Long Beach, Michigan City and Gary, have all come out against SB581 because they see loopholes in the bill that could enable developers to bulldoze dunes and effectively privatize what Indiana history and law have deemed public for over 200 years.

A lot of people — Hoosiers included — don’t think of beaches when they think of Indiana. But our beaches are one this state’s most valuable natural resources, places of great beauty that also create and contribute to a sense of shared community. The state’s founders understood this, and the Supreme Court affirmed it. Let’s keep it that way.

Visit the Save the Dunes website (savedunes.org) now to learn what you can do to express your opposition to SB581.

5 thoughts on “Letter From Michiana: Battling Privatizing Beach Zombies: Who Are Those Guys?”